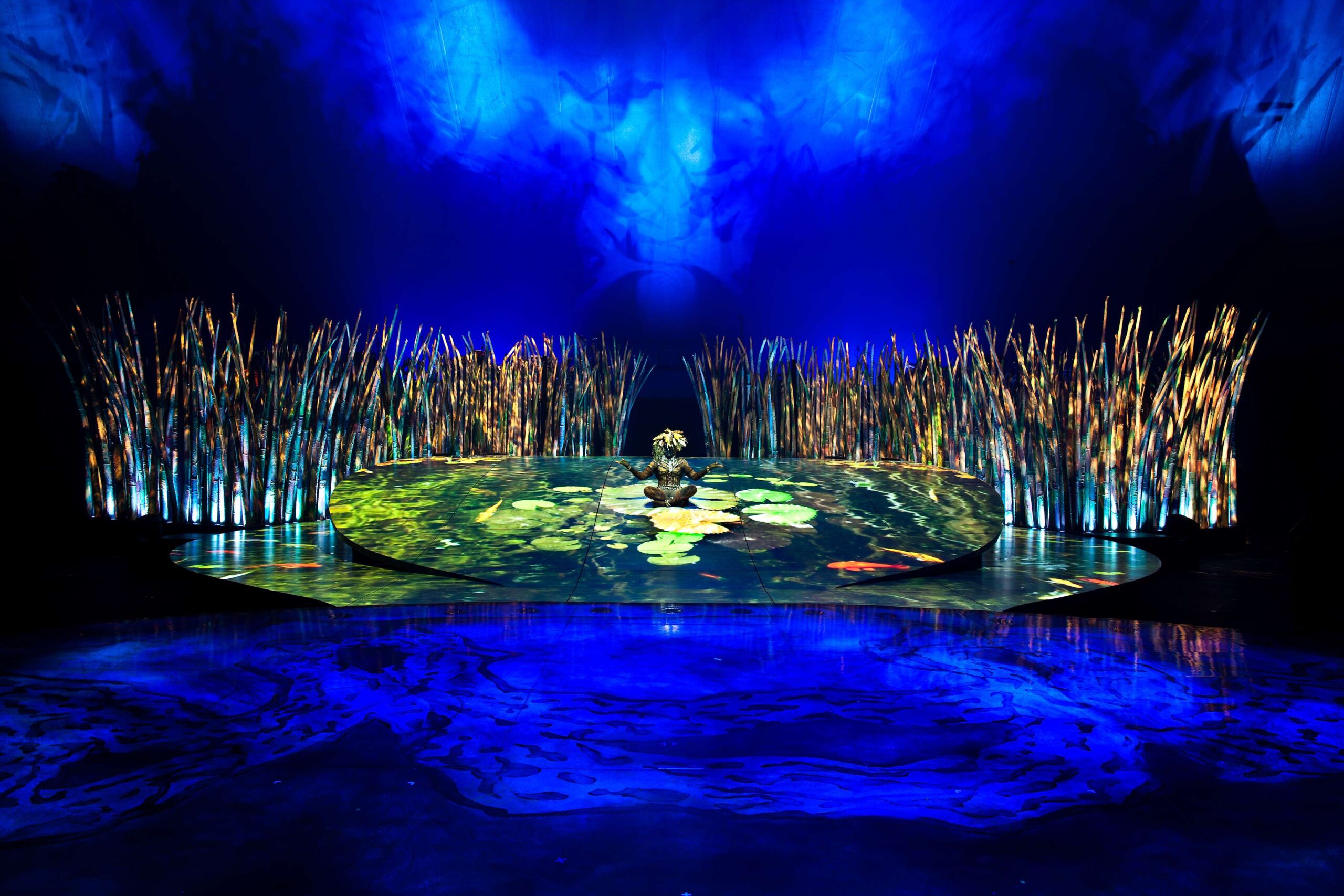 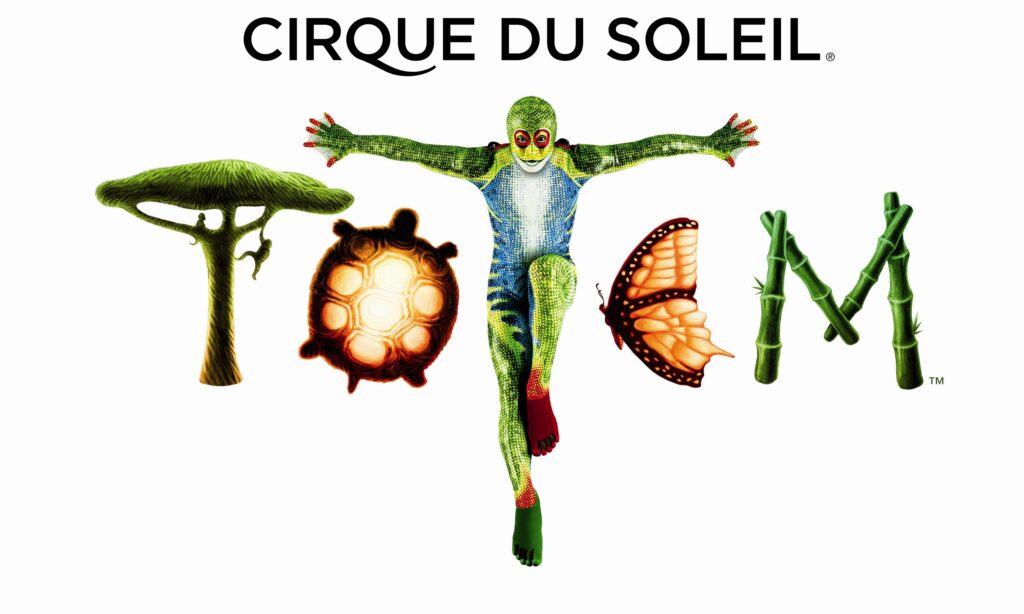 Written and directed by Robert Lepage

A fascinating journey into the evolution of mankind

On an island evoking the shape of a giant turtle, TOTEM™ traces humankind’s incredible journey – from our original amphibian state to our ultimate quest for flight. Along the way, it also explores our dreams and infinite potential, and the ties that bind us both to our collective animal origins and to the species that share the planet with us.

With scenes from the story of evolution randomly linked together in a chain, TOTEM returns to the beginnings of organic life in the primordial ooze. Featuring Neanderthals, Cro-Magnons, primates and men in suits, among others, the show depicts a world of archetypal characters who, in their own way, witness and act out the perennial, existential, questions of life.

Alternating between primitive and modern myths, and peppered with aboriginal stories of creation, TOTEM echoes and explores the evolutionary process of species, our ongoing search for balance, and the curiosity that propels us ever further, faster, and higher…

The word “totem” contains the idea of the order of species. We carry in our bodies the potential of all species, all the way to our desire to fly—like the thunderbird at the top of the totem pole. 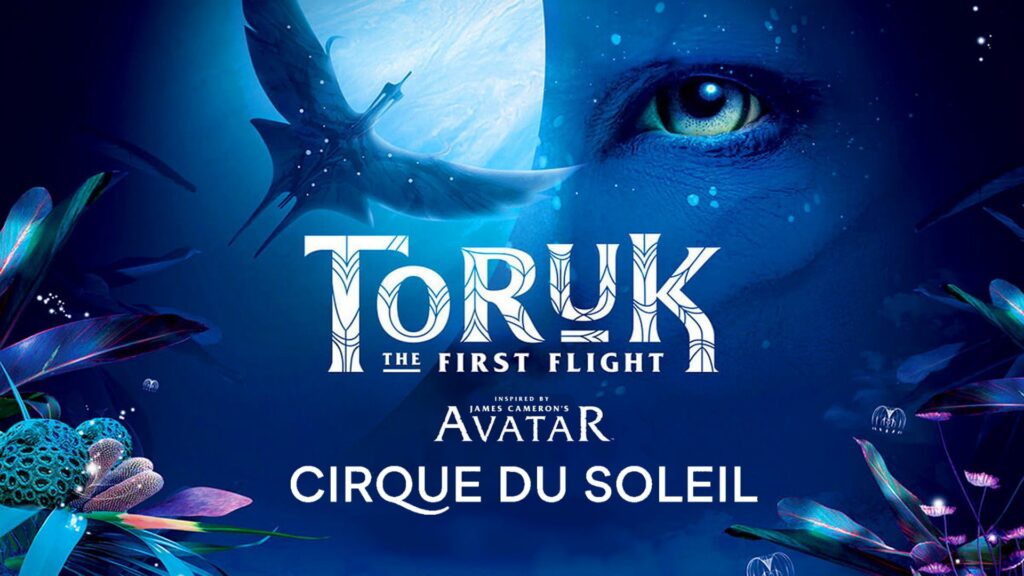 TORUK – The First Flight is a live immersive multimedia spectacle that brings to the stage the breathtaking world of James Cameron’s AVATAR like you have never seen it before.

Through a riveting fusion of cutting-edge visuals, puppetry and stagecraft buoyed by a soaring cinematic score, Cirque du Soleil applies its unique signature style to James Cameron’s imaginary world and “makes the bond” between two kindred artistic visions that capture the imagination.

This live immersive experience also bears the distinct signature of directors and multimedia innovators Michel Lemieux and Victor Pilon. It is a living ode to the Na’vi’s symbiotic coexistence with nature and their belief in the basic interconnectedness of all living things.

Narrated by a “Na’vi Storyteller” and populated by unforgettable characters, TORUK – The First Flight is a mythical tale set thousands of years before the events depicted in the film AVATAR, and before any humans ever set foot on Pandora.

When a natural catastrophe threatens to destroy the sacred Tree of Souls, Ralu and Entu, two Omaticaya boys on the brink of adulthood, fearlessly decide to take matters into their own hands. Upon learning that Toruk can help them save the Tree of Souls, they set out, together with their newfound friend Tsyal, on a quest high up in the Floating Mountains to find the mighty red and orange predator that rules the Pandoran sky. Prophecy is fulfilled when a pure soul rises among the clans to ride Toruk for the first time and save the Na’vi from a terrible fate. 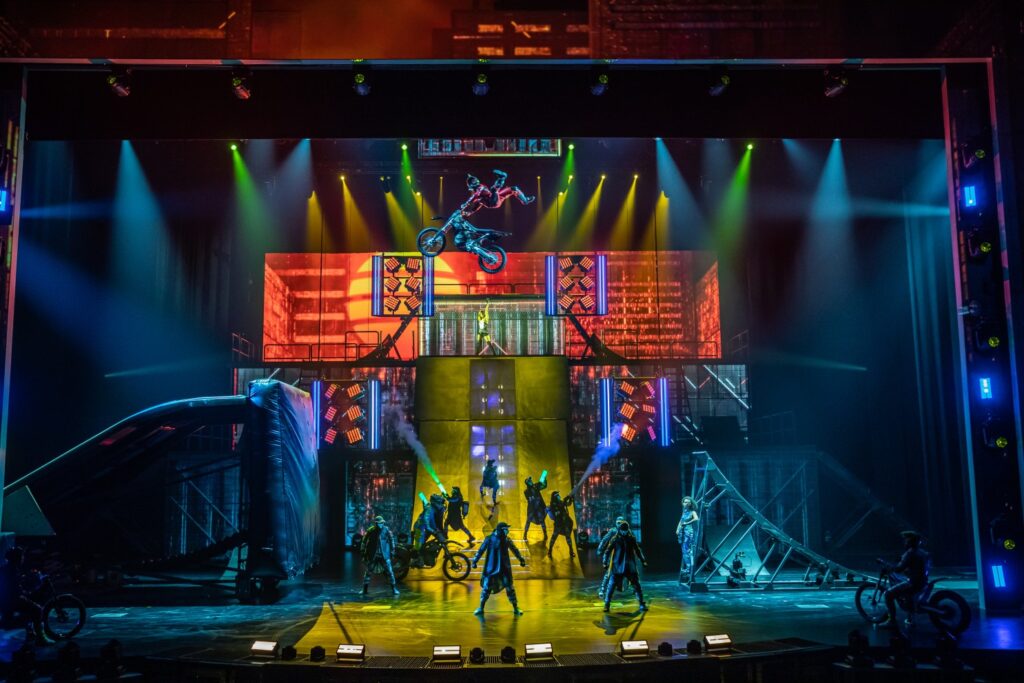 Back-alley fistfights, bike jumps, car chases, high falls and body burns. R.U.N. is what happens when the stuntmen send the acrobats out for coffee then change the locks behind them.

You don’t just see R.U.N., you live it! From the moment you step through the 350-foot theater entrance, you’re thrown in to a world of seedy alleyways, illicit street races, and revenge quests gone awry.

Kym Barrett’s initial approach to the TOTEM costume designs was rooted in documentary-based reality. This process entailed research into real animals, plants and birds as well as traditional cultural and tribal designs to source her fanciful, inventive concoctions.

Her other major preoccupation was the show’s theme of evolution, which led her to emphasize the importance of the human body at every opportunity. She points to the example of a forest populated by butterflies and frogs, saying it was important to her to show the human body as part of the overall visual mosaic of the scene.

The third show theme reflected in the costumes is the cycle of the seasons, which underscores the importance of nature to the show. Neon-bright colours, vivid, shiny fabrics and playful details lend a summer atmosphere to the Bollywood-inspired beach scene. To suggest a time of harvest and the abundance of fall, the unicyclists’ costumes feature seed pods, flowers, trees and leaves. And the two roller- skaters are dressed in white and silver to help create a winter tableau.

To recreate such a broad range of textures, colours and markings found in nature, Kym concentrated on the treatment of fabrics rather than on the fabrics themselves: advanced printing techniques, fluorescent pigments, mirror fragments and crystals allowed her to “paint” on canvases as varied as Lycra and leather, with results that constantly interact with and adapt to the show’s ever-changing lighting.

"(TORUK)...we see scenes of initiation and journey, dances, battles, and hunts, choreographed by Tuan Le and Tan Loc, which evoke the rites of ancient primitive tribes. Those are interspersed with acrobatic performances designed by Germain Guillemot and apropos to the characterization of the long-tailed blue-skinned Na’vi (in fantastic costumes and make-up by Kym Barrett) as agile and cat-like in their movements." 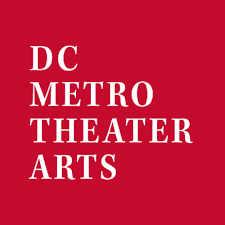 DC MetroDeb Miller
"(TOTEM)...Barrett’s work for every act is magnificent, a feat of imagination at least on a par with the show’s acrobatic high points. From the opening sequence featuring The Crystal Man, adorned in a costume of more than 4,500 reflective surfaces, descending into a carapace populated by performers in amphibian-inspired skin-tight Lycra, to a penultimate sequence with glow-in-the-dark astronauts, the outfits are never less than dazzling, and often otherworldly." 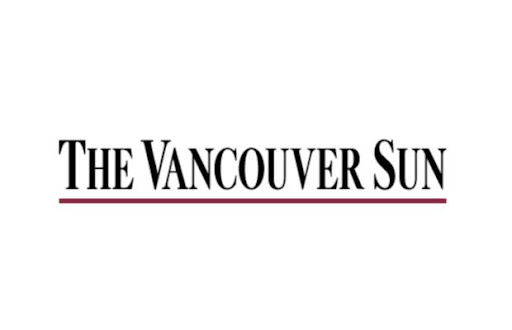 Vancouver SunShawn Conner
"(R.U.N.)...it’s clear that “R.U.N” will be unlike any other show experience in Vegas and perhaps anywhere else. It’s a fast-paced 75 minutes stocked with stunts, combat, motorcycles and all-around-you action, but well-defined characters, a pronounced plot, extensive live and pre-produced video footage and a hard-boiled soundtrack are equal contributors to a truly innovative presentation." 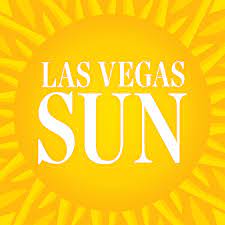